They say that when you open a book, you open a world. And it rings true, Chicas. I can’t tell you how many times I sat in a NYC subway car engrossed in a book, losing myself in its glorious story, only to miss my stop. At work, I’d count down the hours until I could pick up my book at lunchtime – and pick up right where I left off. A long-haul flight or a pedicure appointment calls for a novel. And, rich prose is the perfect companion on a rainy afternoon or while waiting at the doctor’s office.

Books encourage you to feel a wide range of emotions, and I welcome letting the tears flow, feeling my heart thump faster, connecting with an array of characters (even the devious ones!), laughing out loud, getting goose bumps and being transported by nostalgia. Such pleasure!

No matter the genre (i.e. romance, Chica lit, drama, mystery, action, psychological suspense, memoir, etc.) I devour books. In fact, I have over 300 of them. I read them, over and over and over, and love each and every single one of them. I drool over those moments of escape! The truth is that I used to let friends borrow my books, only to never see the books again. So now if a friend wants to borrow a book, I’d rather buy them the book than to lose my book. It feels like losing a piece of me, and it cuts deep.

Consejito: If you’re a book lover like me, visit your local library. You can literally spend the day there. There’s a wealth of reading possibilities, libraries host book readings, you can chat with authors, and librarians are great experts at recommending books. It’s heaven…

As far back as I can remember, I’ve enjoyed reading books. I’d curl up in bed, and spend hours voraciously taking in chapter after chapter. Ending a book always upset me, so I’d run to the library to check out another book. As a young adult, I embraced the written works of Latinas. These storytellers capture the essence of our culture, describe our existence, speak of our diaspora, and bring to life our experiences with the power of words. I connect with their tales of family life, strife, courage, unconditional love, heartbreak, perseverance, wisdom, immigration, displacement, relationships, drama, disappointment, inspiration and human nature. (My dream house has a built-in reading room!)

There are so many authors who have stolen my heart, but I need to pay homage to a handful of Chicas who have had a presence in my life over the decades. 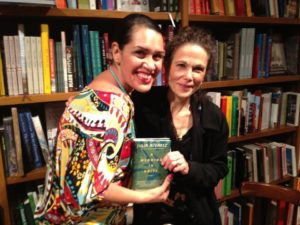 Julia Álvarez’s “How the García Girls Lost Their Accents” came out in 1991. Seeing a Dominican writer achieve literary success with her debut novel still makes me so proud! The coming-of-age story, told from the present to the past, is about four sisters who fled Rafael Trujillo’s dictatorship in the Dominican Republic and made their way to the U.S. (My dad often recalls the first twenty years of his life spent under the brutal times known as the Trujillo Era.) One of the sisters in the story, Yolanda serves as the book’s protagonist. Growing up in an American society, to Dominican parents, this book was a powerful bicultural read that stayed with me.

An excerpt from her novel: “The old aunts lounge in the white wicker armchairs, flipping open their fans, snapping them shut. Except that more of them are dressed in the greys and blacks of widowhood, the aunts seem little changed since five years ago when Yolanda was last on the Island.”

Álvarez went on to write numerous books including novels, nonfiction, collections of poems and books for adolescents. “In the Time of the Butterflies” is told through historical fiction, sharing the story of three real-life Dominican revolutionary activists, the Mirabal sisters, who fought against the evil wrath of Trujillo and went by the secret codename, Las Mariposas. He ordered police to murder them on the side of the road on Nov. 25th – a day later declared by the United Nations as the “International Day for the Elimination of Violence against Women” in their honor. (Side note: this book was made into a movie starring Salma Hayek, Mía Maestro, Lumi Cavazos, Edward James Olmos and Marc Anthony.) In 2013, the epic writer received the National Medal of Arts from President Obama.

Consejito: Join a book club, or start one. You’ll gather with Chicas, explore new books, enjoy intellectual stimulation, be part of in-depth discussions and more importantly – get your read on!

Twenty-five years ago, Cristina García published “Dreaming in Cuban,” a story of three generations of del Pino women. Every family has issues, and boy does this family ever! Like some of Álvarez’s books, this Cuban writer’s title (which is divided into three books) reflects on multi-layered family dynamics, strained relationships, the heaviness of politics and the sadness of living in exile.

An excerpt from her novel: “Most days Cuba is kind of dead to me,” says Pilar. “But every once in a while a wave of longing will hit me and it’s all I can do not to hijack a plane to Havana or something. I resent the hell out of the politicians and the generals who force events on us that structure our lives, that dictate the memories we’ll have when we’re old. Every day Cuba fades a little more inside me, my grandmother fades a little more inside me. And there’s only my imagination where our history should be.”

García has authored seven novels, her work has been translated into fourteen languages, she’s taught all over the country and was a National Book Award finalist. She is also the founder of Las Dos Brujas Writers’ Workshops to encourage and inspire fellow Chicas. 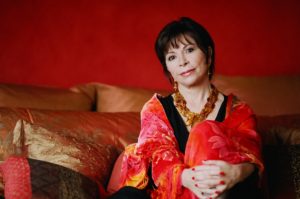 Back in the early 80s, Chilean writer Isabel Allende emerged with her first narrative novel, “The House of the Spirits” which exemplifies magical realism. And, magic it was! Translated into an astonishing 37 languages, the vividly-written book tells the story of four generations of a family – weaving in a tale of peasants, spiritualists and lovers with themes of betrayal, paranormal powers, curses, revenge, dictatorship, forgiveness and so much more.

An excerpt from her novel: “After a week with no word from the flying uncle, people began to speculate that he had gone so high that he had disappeared into outer space, and the ignorant suggested he would reach the moon. With a mixture of sadness and relief, Severo decided that his brother-in-law and his machine must have fallen into some hidden crevice of the cordillera, where they would never be found. Nivea wept disconsolately and lit candles to San Antonio, patron of lost objects. Severo opposed the idea of having masses said, because he did not believe in them as a way of getting into heaven, much less of returning to earth, and he maintained that masses and religious vows, like the selling of indulgences, images, and scapulars, were a dishonest business. Because of his attitude, Nivea and Nana had the children say the rosary behind their father’s back for nine days.”

Allende has written over twenty works of fiction and nonfiction, and taught at several colleges. Winning countless awards, the esteemed author received the Presidential Medal of Freedom from President Obama in 2014. 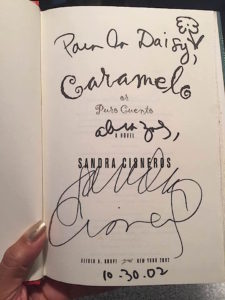 Sandra Cisneros’ work introduced me to the Chicana identity and voice, and I’ve been intrigued ever since. She debuted her lyrical coming-of-age work, “The House on Mango Street” in 1984. The New York Times best-selling book (that sold over six million copies) is deeply moving – unfolding throughout vignettes told by the protagonist, Esperanza. The desperate young teen is living in Chicago, moving around often, living between two cultures, dealing with misogyny and experiencing the trauma of poverty and puberty.

An excerpt from her novel’s vignette, “My Name”: “In English my name means hope. In Spanish it means too many letters. It means sadness, it means waiting. It is like the number nine. A muddy color. It is the Mexican records my father plays on Sunday mornings when he is shaving, songs like sobbing. It was my great-grandmother’s name and now it is mine. She was a horse woman too, born like me in the Chinese year of the horse–which is supposed to be bad luck if you’re born female-but I think this is a Chinese lie because the Chinese, like the Mexicans, don’t like their women strong.”

Cisneros has authored eleven books, and was awarded National Endowment for the Arts Literature Fellowships twice. A pioneer author who writes in a bilingual style, she has received the National Medal of Arts from President Obama in 2015.

Consejito: Take a chance, step outside the norm and cross book genres. Expand your horizons, and delve into something new. Seriously, you might be surprised to discover a terrific read!

Puerto Rican writer Esmeralda Santiago has created documentaries and authored several novels, essays and screenplays. But, it’s her memoirs (three installments) that captured me. The first, “When I was Puerto Rican” came out in 1993 and began the coming-of-age story of her teenage life – the eldest of eleven children, the bad blood between her parents, leaving a metal shack home in Puerto Rico in hopes of a better life in the U.S., the political history between the two places, dealing with racism and welfare, assimilating to a new environment and language, moving over twenty times in twenty-one years, surviving the mean city streets and eventually being accepted to the Performing Arts High School.

An excerpt from her novel: “My family had never had a Christmas tree, but I remembered how once I had helped Papi wind colored lights around the eggplant bush that divided our land from Doña Ana’s. We started at the bottom and wound the wire with tiny red bulbs around and around until we ran out; then Papi plugged another cord to it and we kept going until the branches hung heavy with light and the bush looked like it was on fire.”

Santiago’s second installment, “Almost a Woman” continues the story of adolescence where the first book based on her girlhood left off. And, the third and final memoir, “The Turkish Lover” follows the journey of her life. She left New York to be in the arms of a man eighteen years her senior – Ulvi Dogan, a Turkish filmmaker, multi-lingual and tyrannical intellectual, an exciting lover and womanizing world traveler with whom she’d be in a heartbreaking seven-year relationship. She eventually left him, and graduated magna cum laude from Harvard University. The accomplished author’s book, “Almost a Woman” won the Alex Award from the American Library Association, and was adapted into a Peabody Award-winning film for PBS Masterpiece Theatre. Santiago received her M.F.A. in fiction writing from Sarah Lawrence College, and was awarded honorary doctorates from Trinity University, Pace University, Metropolitan College and Universidad de Puerto Rico. Talk about a whirlwind of a life! 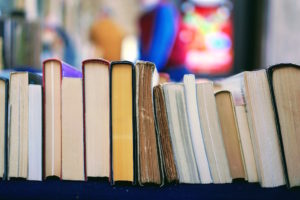 Chicas, tell me, have you read books by these authors? If so, which ones? And, who are some of your other favorite Latina writers? Please share as I’d love to hear from you!